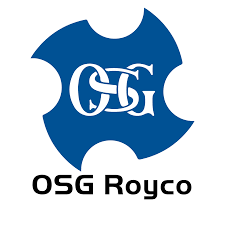 OSG is a brand recognized as a world leader in the manufacture of taps, development and research makes us set the technological standard in terms of the generation of internal threads. OSG Royco, S.A. de C.V. is the Mexican Company of the OSG Group, with a manufacturing plant in Toluca State of Mexico, it is one of the very few cutting tool companies that employs Mexican Workers in the manufacture of tools, the vast majority of cutting tool companies They only market their products in our country. Our manufacturing plant in Toluca manufactures 200 thousand taps per month, exporting 50% of them to the American market, the other 50% are for national consumption, thus being the company with the largest participation in the national market. But OSG has also invested in the research and development of other types of cutting tools such as drills, end mills and indexable insert milling tools, niches in which it also sets the technological standard.